For this Anti-Bullying Week 2022, we reflect on the important role youth work plays in reaching out and supporting young people who may feel trapped and isolated from the effects of bullying.

Bullying is an issue that affects countless amounts of young people every day and is a leading cause of depression, mental health and self-esteem issues. According to the Anti-Bullying Alliance, the theme of this year’s campaign is Reach Out; reaching out to show each other the support we need. One of the primary goals of youth work is accomplish this by providing a safe space for young people to feel comfortable opening up about what may be troubling them, including bullying.

Organisations like ours seek to provide a friendly and inclusive environment, which is an invaluable resource for young people who may experience bullying from any environment, including digital. Bullying can take many forms, some physical and verbal but cyberbullying has also become a more pressing issue each year. Youth Worker Kieran McPhail states;

“Bullying is still a major concern and consistent worry of young people with technology and social media making it far easier for a young person to be bullied and picked on even in the comfort of their own bedroom, a place that for many is a safe space, their haven.”

Youth workers also play a role in helping young people to feel safe and create an open and positive environment. Club activity allows young people to meet and make new friends, get away from stresses they may feel at home or school and receive help from the effects of bullying and other social problems they may be experiencing;

“I think youth work and in extension youth workers play an indispensable and valuable role in creating and maintaining a safe space for any and all young people, allowing young people to have a space where they can express, create and be themselves freely and without judgement. A youth worker will be there and be dependable, to listen and support a young person.”

“Behind many of these spaces, there’s a group or organisation with youth workers who are dedicated and willing to create and maintain a culture of openness, no judgement and a space where young people will always be listened to, heard and safe in these spaces.”

To find out more resources online that can be used to help in the Anti-Bullying campaign, please check the Anti-Bullying Alliance’s website. Together, we can all reach out to do our part to ensure as many young people as possible do not suffer due to the effects of bullying. 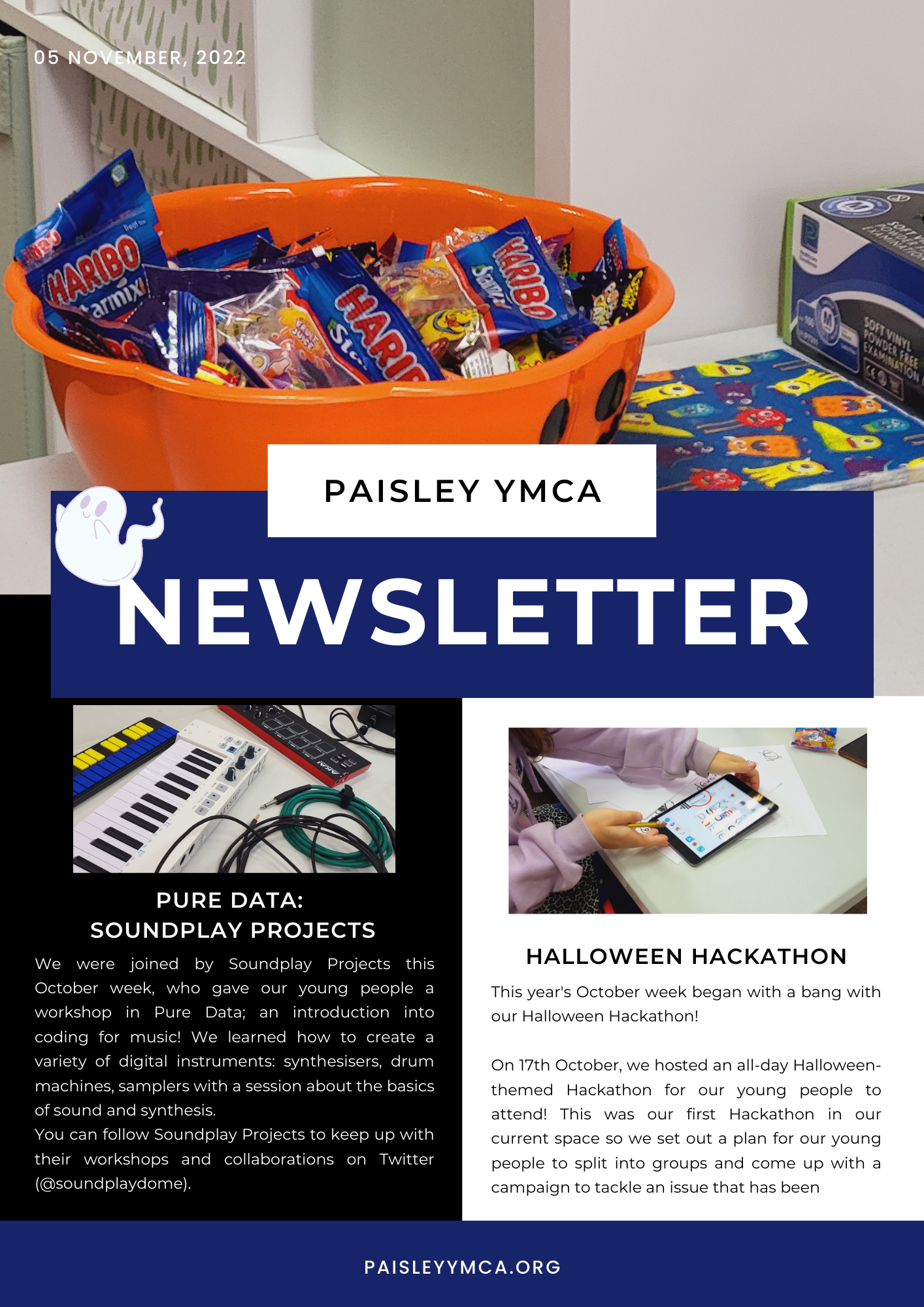 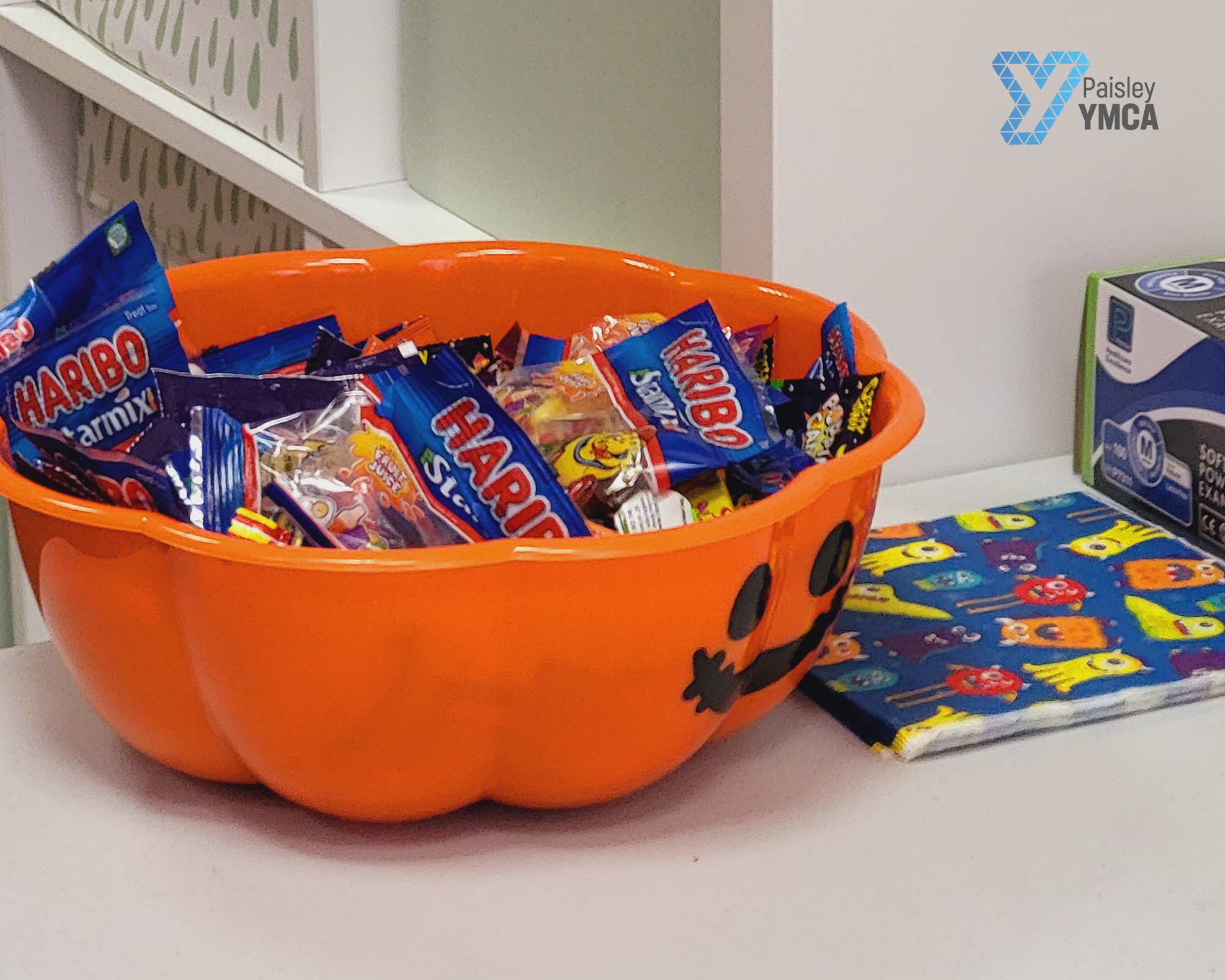 On 17th October, we hosted an all-day Halloween- themed Hackathon for our young people to attend! This was our first Hackathon in our current space, so we set out a plan for our young people to split into groups and come up with a campaign to tackle an issue that has been haunting them – climate change, bullying and other social/environmental issues that concern them – and their proposed campaign to present a solution. Attendance was high and we were ready to get started!

The results were a full day of coding, creating and campaigning as our young people designed their campaigns to present at the end of the session, helped along by our dedicated youth workers. One of our favourites was the Fraudo campaign – one of our groups decided their haunting issue was the current price of Freddos and their solution was to design a competitor made with 100% soy milk for 10p. This campaign led to the development of an empire with additional products such as the Bite, the Bendy Wendy and the Tablet, cheaper and more environmentally friendly alternatives. Soon enough, some subtle advertising (described as “totally not propaganda!”) began appearing in our space and suddenly we had a craving for some Fraudos! It was a hilarious and creative campaign and we are immensely proud of our young people’s imagination.

We also had plenty of Halloween tunes, sweets and pizza for lunch! We received some feedback from our young people as well, with comments such as “It was great, I liked the sweets!” and “I liked the Hackathon!”.

This is hopefully the first of future Hackathons and other events we will be hosting in the future in our space and we hope to see more of our young people there! 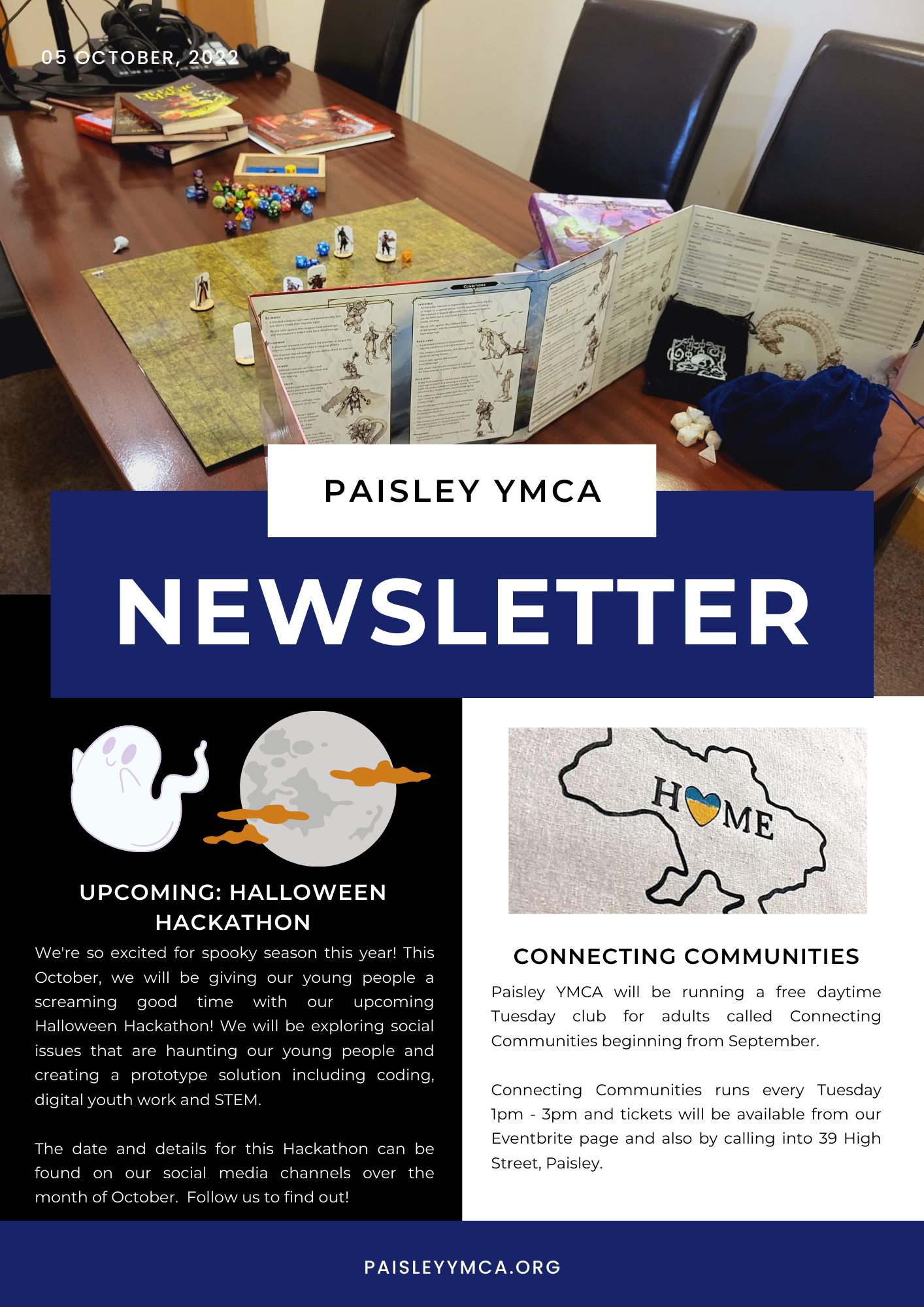 Check out our monthly newsletter with info about upcoming new activity in our space, as well as an article about some amazing work done by our young leaders. For more regular information and updates from us, please check out our official website (paisleyymca.org) and our official social media accounts! #paisleyymca #paisley #renfrewshire 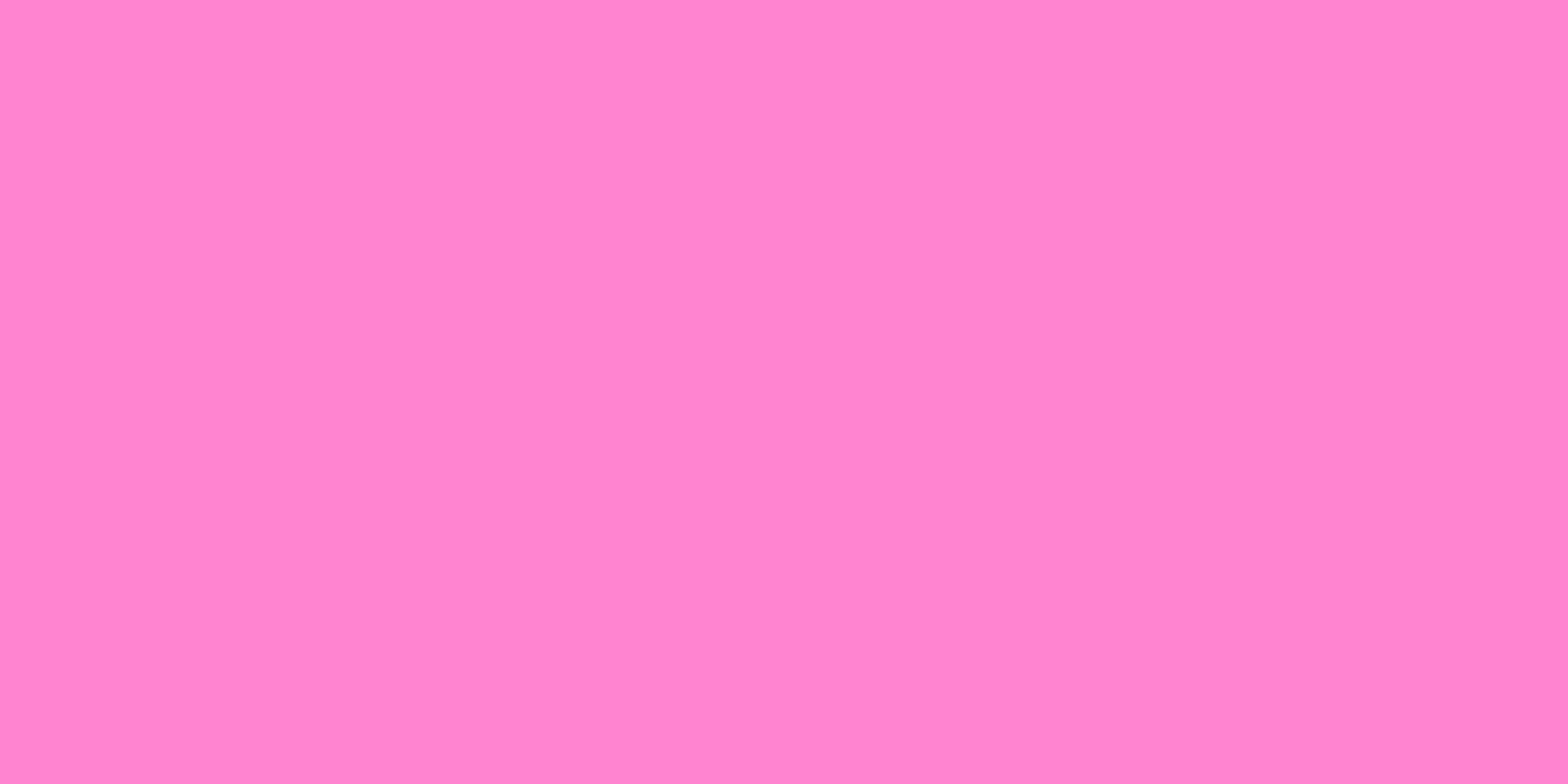 Community Places Community Spaces is a campaign developed by Young Women Lead that was officially launched last week on the 20th September.

In response for the need for safe community spaces and places in Paisley & Renfrewshire, the campaign is designed to highlight all of the places available in the area that could inform people safe places they can take refuge. Young Woman Lead is a leadership programme run by YWCA Scotland for women and non-binary people aged 16 – 30. The result is a website that shows the user a detailed interactive map and directory of safe spaces and services available to vulnerable groups, especially women and non-binary people. This is also a project that two of our very own young leaders/volunteers have been heavily involved with and we couldn’t be prouder of them!

We spoke with the two of our young volunteers who helped to design and bring this amazing project to life and asked them further about where the idea came from and how they went about designing it;

“When we first met, we went through ideas of different aspects that we could talk about; there was education, street safety. We settled on street safety.”

“A designated building that would be a safe space for women, non-binary people and just everyone. And we thought instead of making that space ourselves, we choose out different places and made a map you could interact with and it could show you safe spaces from where you are located at the time.”

“We created the website and we linked the map to it, it has information of all different spaces in Renfrewshire, like Paisley YMCA. We got together and launched the website on the 20th September. The logo is a mixture of the symbol of femininity and it’s in the middle of the Paisley pattern. A hidden detail is a dotted line around the logo, representing the map road.”

“Overall, I think it will make women less scared to go out when it’s dark, since they don’t have to plan a route and they have a plan where they’re going and how to get there. I know it would make me feel safer. It’s for everyone, as well. It’s not just for women, it’s for anyone who needs it.”

“We’re hoping it’s going to make a difference; we have stickers and flyers that people can use to find us.”

You can engage with Community Places Community Spaces outside of their website by following their social media channels; @communityspaceren (Instagram), @commspacesren (Twitter) and communityspacesren@gmail.com . For more information about the amazing work done by Young Women Lead, please check out their website! 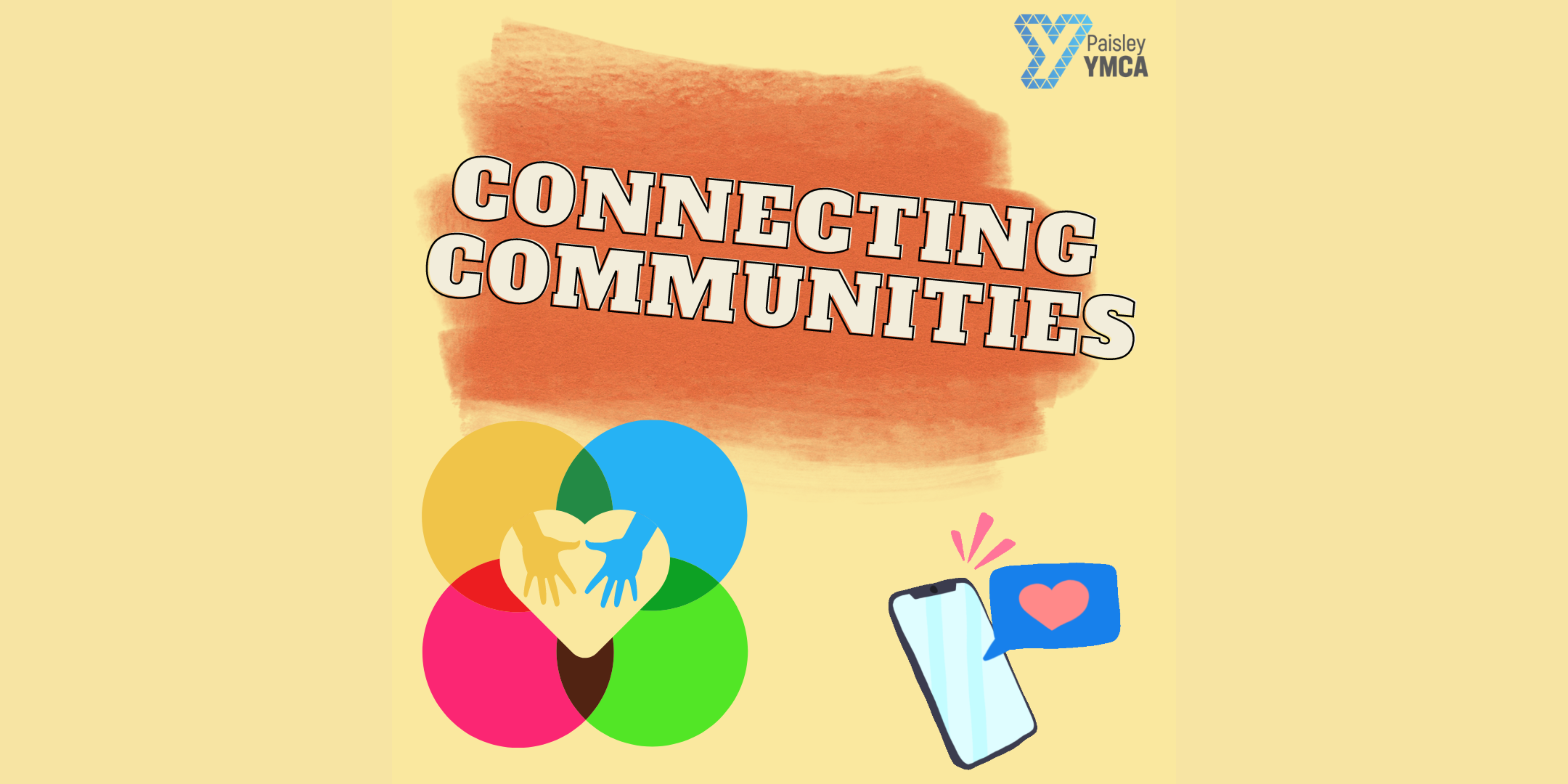 Beginning this September for the first time, Paisley YMCA will be running a free daytime Tuesday club for adults called Connecting Communities. The space will include skill-building workshops including coding, graphic design and more with help from our experienced Community Learning and Development (CLD) team. If you are an adult in Paisley looking to build up some skills, come in and see what you’re capable of! Connecting Communities will begin every Tuesday 1pm – 3pm from 13th September and tickets will be available from our Eventbrite page and also by calling into 39 High Street, Paisley.

Since 2015 we have been supporting young people with a fun, safe and inclusive space where they can explore STEM and digital skills-based learning opportunities with our experienced CLD team. With Connecting Communities, we are offering the same experience to adults living in and around Paisley.

Our digital Makerspace includes resources such as our vinyl cutter, PCs, 3D printers and coding software which adults in our community space will be able to access, giving them the chance to build their digital skills.

Come join us, we’d love to see you there!

You can book your space in the following ways:

Book your space via Eventbrite

Or send an email to claire@paisleyymca.scot.