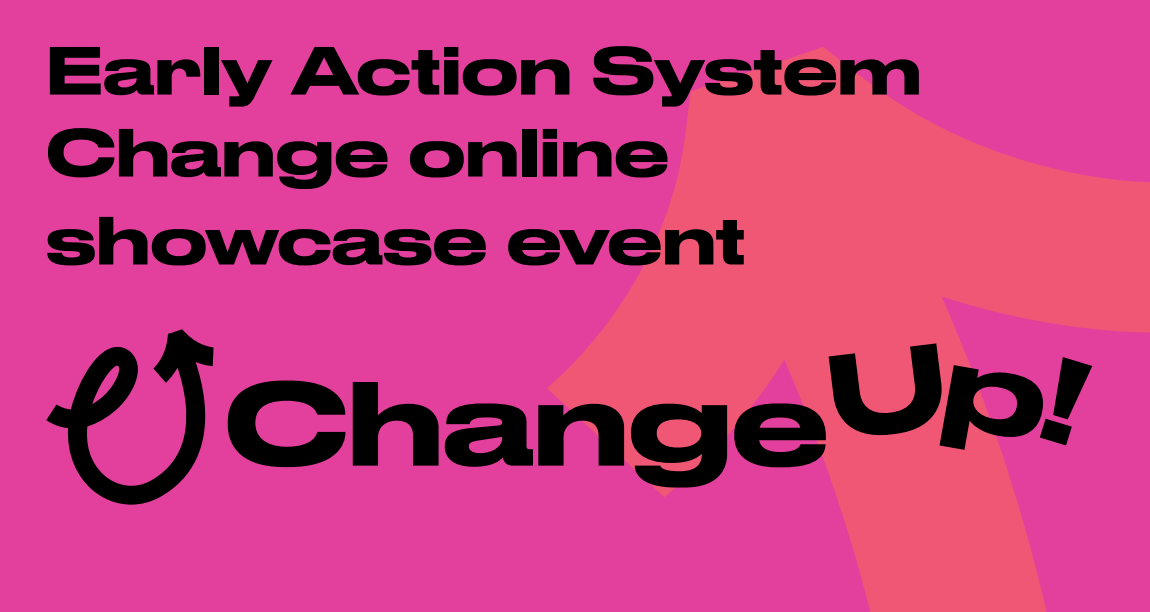 Paisley YMCA were thrilled to have been included in the launch of Dartington Service Design Lab’s Change up! campaign on the 26th October. This online event was part of the Early Action System Change Renfrewshire Project, in which Paisley YMCA and many other youth organisations have been heavily involved, beginning with the first phase which consisted of the Early Action System Change Report which began in July 2020.

The initiative is funded by the National Lottery Community Fund Early Action System Change Fund that aims to identify and explore the roots cause of inequality and improving the emotional well-being of young people by exploring the effects of coercive control in their relationships.

The Early Action System Change Report showcased research and reflections from over 500 young people and families across Renfrewshire, with individual workshops and information gathered from each voluntary sector. The purpose of these workshops was a focus on young people’s understanding and experience of coercive control in their relationships and their perceptions/experiences with community response or support. The report also sought to identify the most vulnerable groups of young people affected by coercive control in relationships and develop further ideas and solutions with their input.

Each supporting sector showcased invaluable findings from their respective group of young people, with emphasis placed on their individual experiences and understanding of the nature of coercive control. Examples included RISE women’s group’s powerful open letter to Renfrewshire council; Action for Children’s focus group investigation on the familial relationships of young male offenders; The Linstone 20/20 project running 15 classroom workshops (13-15 years) with 100 young people reflecting on the many aspects of coercive control and how gender roles and expectations play their part; Create Paisley having four sessions over 2 days 17 young people aged 12 – 18 that focused on the effects of bullying, depression, anxiety and the creation of more safe spaces to explore mental health and many more examples from other participating Youth Based organisations. The report can be read in full on Dartington Early Action Page.

Paisley YMCA sought to focus on understanding the experiences of coercive control amongst those with significant learning needs and achieved this through delivering workshops with 45 young people from Learner Development at West College Scotland.

The results, categorised by our own Claire McGinley, showed that the young people in our investigation expressed anxiety over losing the relationships they had regarding coercive control as well as some difficulty finding a set definition for what constitutes as coercive control. Many expressed fear their concerns would not be treated seriously by authorities or believed many of these aspects were normal in teenage or young adult relationships.

Our results also found that while materials for support in cases such as these are suitable for mainstream needs, more needs to be done to accommodate young people with specific learning needs as a vulnerable group. Our investigation came to the conclusion that there must be a concentrated and dedicated effort to support these young people to understand healthy and unhealthy aspects of interpersonal relationships, as well as clearer understanding of government laws concerning coercive control as well as how to report their struggles and feelings to those who will listen and take a proactive approach.

The report marked the first phase of the Early Action System Change, with the findings and research collected in the report leading into the second phase, the Dartington Service Design Lab’s Change up! campaign on the 26th October. The online conference gathered representatives from the youth organisations represented in the report to further explore and discuss the findings of the report as well as a proactive approach to creating solutions.

Tobin stated in her introduction of the event: “Renfrewshire and others in this space have made tremendous moves towards centring young people’s voices that goes beyond just sharing experiences through surveys but working together with young people to meaningfully codesign and coproduce not just what is wanted, but also needed by blending data and evidence and this meaningful participation.”

In his keynote speech, Head of Children and Justice Social Work John Trainer stated that the results went beyond the simple numbers of the survey and focused on the personal stories of young people to form definitive conclusions:

“We asked those questions because as a professional social worker and working with the board of education, we actually identified that lots of the harm that was happening to young people was coming from families where gender-based violence and coercive control were very big issues. So, we asked some questions to try and surface what that looked like […] This is learned behaviour that starts way back in their early experience in family and young people confirmed that to us.”

Renfrewshire Council Head of Schools Gordon McKinlay echoed this sentiment further, stating that the personal sharing and contribution of young people in this project should not be taken for granted:

“It is a real privilege to work within a partnership that takes the views of our young people seriously and commit to making things better as a consequence. […] This afternoon’s event gives us all the opportunity to reflect on the vision and innovation of our young people who are challenging us to improve the services and supports for adolescent mental health and relationships across our services.”

“It’s very important that we don’t view this participation of young people as something that we have to do, but something that we welcome and that will lead to real co-creation and systemic change in the long term.”

The event showcased the work of Paisley YMCA in Social Circle project, with the data and sessions we had with our young people contributing greatly to forming the foundation of the study. It featured creative work and research from other exceptional youth organisations such as Create Paisley and The Star Project.

The breakout rooms also featured important discussions about new methods that could be developed to help young people with their mental health and different ways to communicate their thoughts and feelings. They also allowed the participants to reflect and discuss our roles as youth workers and allies to young people, resulting in both new ideas and suggestions of how we can continue to improve and grow with the goal of educating and encouraging our young people to open up and discuss the trends and troubles in their lives.

The event was an informative, collaborative and inspiring session that showcased the hard work of those involved as well as the importance and significance of empowering and helping our young people. As we reflect on the EASC project, we are proud to have been a part of an extensive and thorough examination of the complexities of the relationships of our young people with the goal to help, empower and assist them in every opportunity to combat inequality and help them build healthy and fulfilling life connections.